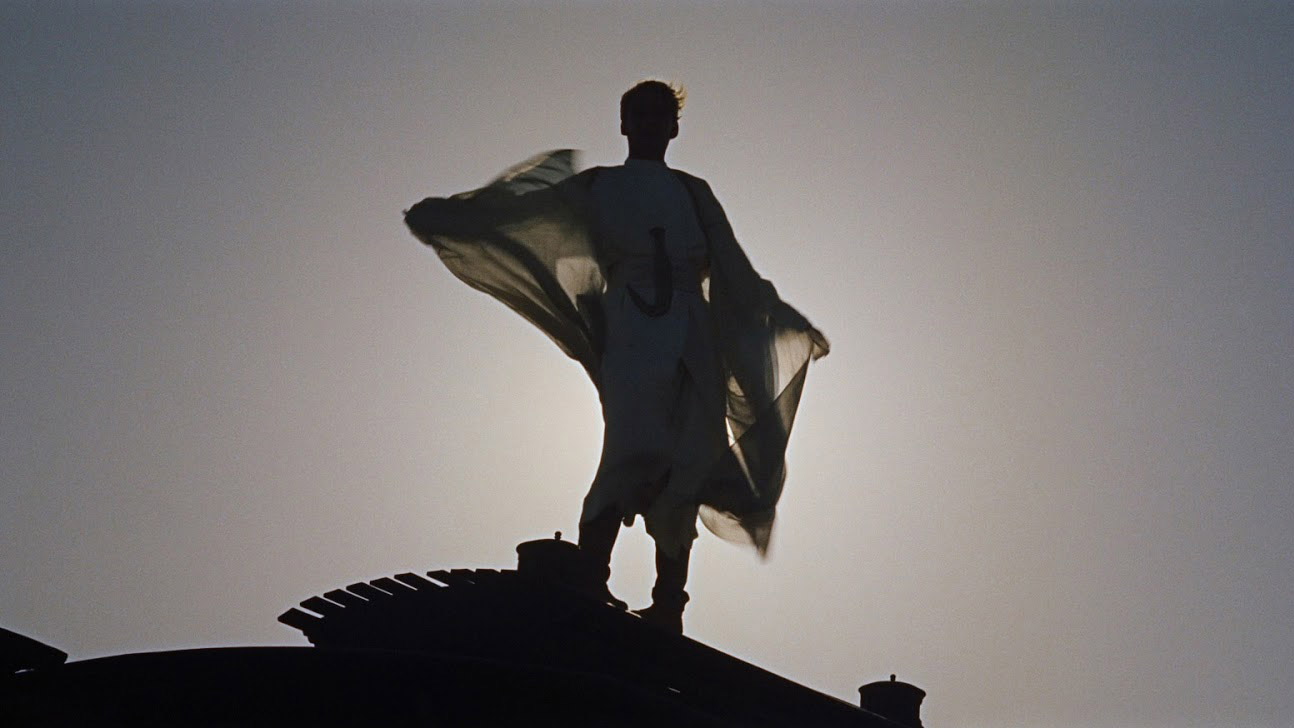 In Xanadu did Kubla Khan A stately pleasure-dome decree : Where Alph, the sacred river, ran Through caverns measureless to man: Down to a sunless sea.” –Samuel Taylor Coleridge, “Kubla Khan, or A Vision in a Dream. A Fragment.”

Perhaps the biggest crime Xanadu, the 1980 Olivia Newton-John/Gene Kelly musical is guilty of is its attempt to serve many masters. Capably directed by Robert Greenwald (who later enjoyed success with the liberal documentaries Outfoxed and Wal-Mart: The High Cost of Low Price), the film certainly had a respectable provenance. It’s based on Down to Earth, a 1947 Rita Hayworth musical that happens to be the sequel to the highly successful 1941 comedy Here Comes Mr. Jordan (Incidentally, Here Comes Mr. Jordan was remade by Warren Beatty in 1978 as Heaven Can Wait, so in a weird, roundabout way, Xanadu is really a sequel to Heaven Can Wait… but I digress).

The plot’s fairly simple: Michael Beck plays Sonny, an idealistic young artist who dreams of opening an art-deco nightclub cum roller disco. Just when he’s at the end of his inspirational rope, he runs into Kira (Newton-John) who turns out to be his muse (no, like a real muse). Kira introduces him to Danny (Kelly), a land developer who just so happens to be a former nightclub owner himself. A couple of dance numbers, a couple of arguments, a couple more dance numbers, and it all ends up nicely like a classic Hollywood musical should (Right down to “The End. Made in Hollywood, USA”). Despite The Warriors star Michael Beck’s uncomfortably wooden performance (he once said of Xanadu, “The Warriors opened a lot of doors in film for me, which Xanadu then closed.”) the rest of the cast acquits themselves fairly well.

The real problem with Xanadu is it tried to be too many things to too many people. There’s a musical number about midway through the film where Sonny’s idea of what the club should be clashes with Danny’s idea, and instead of picking one, they attempt to shoehorn a punk band and swing band together. This, I feel, stands as a metaphor for the entire film. I believe the filmmakers’ intention was truly to show how opposite styles can blend together elegantly to create something novel, but the execution more often than not ends up muddled. Beginning with the basic premise, the jazz club/roller disco, this is evident throughout. John Farrar’s tender ballads are an awkward match for the Birmingham disco/rock of the Electric Light Orchestra. For the most part, Gene Kelly looks horribly out of place amongst Newton-John and Beck. The entire fifteen-minute finale is a schizophrenic mess, with Greenwald throwing everything but the kitchen sink at us, from Zoot Suit-wearing poppers to leopard-skinned rock to faux country in a relentless assault to the end. 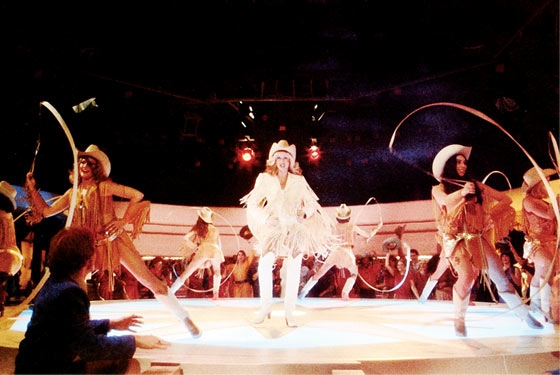 In spite of all this, there are some pretty distinctive, memorable touches throughout, whose pros definitely outweigh their cons: the unique transitions and visual effects by R/Greenberg, the cool animated sequence by Dragon’s Lair animator Don Bluth,  Kenny Ortega and Jerry Trent’s outstanding choreography. And the film’s main saving grace: everybody genuinely looks like they’re giving this labor of love their best effort, and are having fun doing it. There are glimmers of genius– and I’m thinking in particular of the highlight of this film for me, the fantastic “Whenever You’re Away From Me” number between Newton-John and Kelly– when you see the potential this film had to be a legitimate addition to the canon of great MGM-style movie musicals. And it’s this display of heart that draws the film to be imminently rewatchable to me.

But hey, don’t take my word for it. Immediately below is the the entire film from start to finish, via Hulu. Check it out for yourself. If you watch it directly from the Hulu site you have the option to expand the window to full screen.

Lastly, I would be remiss if I failed to mention that I am certainly not the only Xanadu fan out there. Douglas Carter Beane was such a fan that in 2007 he staged a live musical version based on the movie that opened to incredible success, and subsequently was nominated for 4 Tony awards, including best musical. Here’s the live performance of “Don’t Walk Away” from the 2008 Tony Award broadcast.

So, now that you’ve seen Xanadu for yourself, what did you think?