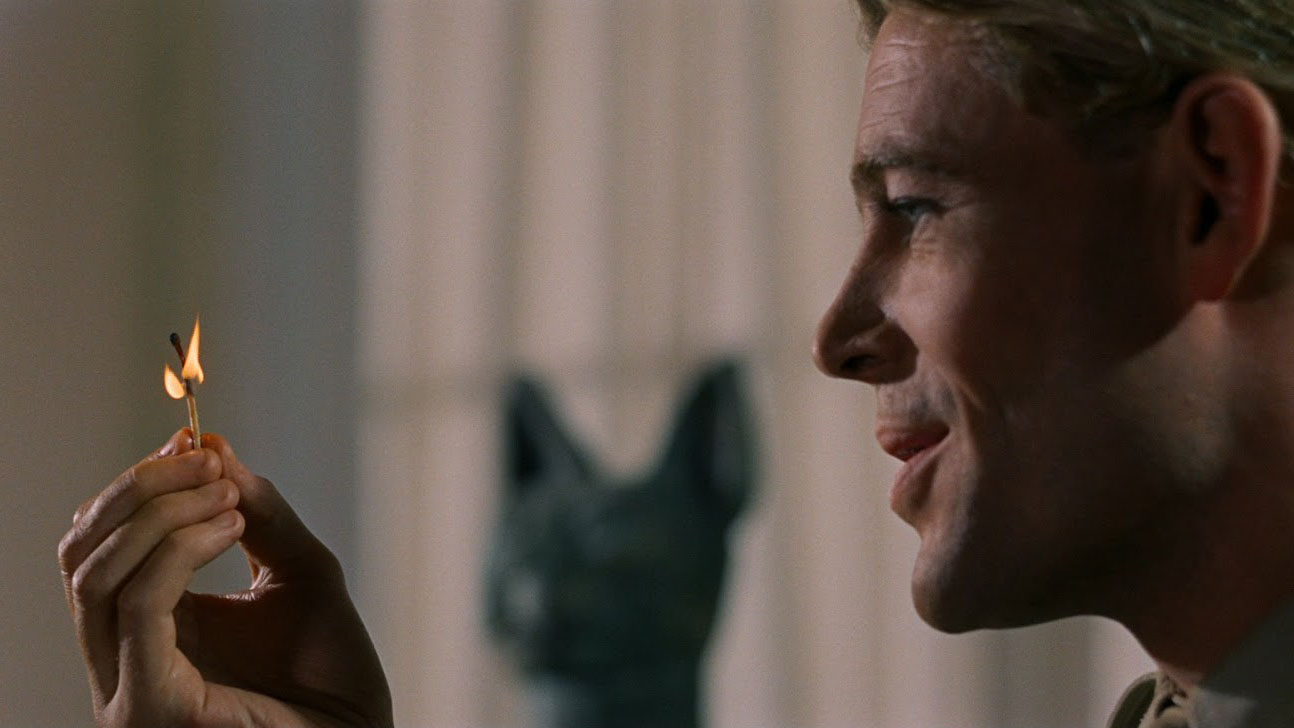 The purpose of a movie’s main title sequence is to deliver necessary credit information while thematically and stylistically summarizing the film. A good film’s title sequence should be a metaphorical microcosm of the film itself. In this respect, no main title designer has been as influential on the industry as Saul Bass.

But arguably the work he’s best known for is his numerous movie posters and title sequences. Bass’ impressive body of work, spanning forty years from the mid-1950s to his last film, 1995’s Casino, is a revered and often (lovingly) imitated legacy.

Here’s a sampling of a few of the iconic movie posters he’s designed:

Bass first gained notoriety designing the poster art and titles for Otto Preminger’s The Man With the Golden Arm (1955) (One of 13 films the two would eventually collaborate on). The bold, simple geometric shapes and literal interpretation of the subject matter (in this case, heroin addiction) would become the hallmarks of his personal style. 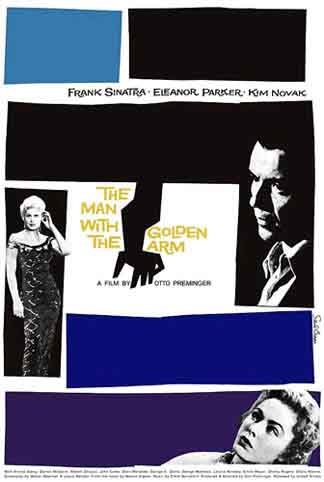 These hallmarks would once again culminate brilliantly in 1959’s Anatomy of a Murder, with its representation of body parts as a puzzle to set the audience up for the mystery to follow.

Director Spike Lee would later replicate the Bass-designed poster art for his 1995 film Clockers, for which Bass threatened to sue.

Bass’ work wasn’t all murderers and heroin addicts however. Take a look at this fun end credit sequence from 1956’s Around the World in 80 Days in which he chronologically recaps the events of the film (another Bass signature). Clocking in at over six minutes, it’s a short film in itself!

Saul Bass’ also collaborated with the Master of Suspense himself, Alfred Hitchcock on three of his most iconic films, creating a distinctive look for each title sequence as memorable as the films they preceded.

1959’s North by Northwest begins with a grid that runs both north and northwest, in which the titles are in constant movement, stopping only long enough to be read. This echoes Cary Grant’s journey through the film, as he’s pursued while looking for the real culprits.

In 1960’s Psycho, note the split lines, going in opposite directions, and the misaligned title and director credits, foreshadowing Norman Bates’ split personality.

This is Saul Bass’ final motion picture title sequence before his passing in 1996, for Martin Scorsese’s 1995 Casino. He had previously collaborated with Scorsese on Goodfellas, his remake of Cape Fear, and The Age of Innocence. I love how Bass metaphorically hurls DeNiro into the hell that is Las Vegas.

Tributes to a Master

It’s been said that imitation is the sincerest form of flattery, and since his passing, many have imitated Saul Bass’ unique style of title design. Most notable amongst these are the brilliant titles for Steven Spielberg’s 2002 Catch Me If You Can, created by Florence Deygas & Olivier Kuntzel.

This in turn has itself been parodied on “The Simpsons” (not referenced here due to Fox’s extree tight copyright control of their videos, but trust me, it’s hilarious.), and also inspired this artist’s clever bit of demo reel animation I discovered on YouTube.

Here’s the title sequence to 2003’s Down With Love, a very deliberate homage to 1960’s Rock Hudson/Doris Day films.

And lastly, from the world of “What if?” comes this witty remake of Star Wars‘ title sequence, done in the swingin’ Saul Bass style.

Saul Bass’ work influenced generations of graphic designers to follow and transformed the pedestrian movie title sequence into an art form in itself.

9 thoughts on “The Best Beginnings on Film: The InImitable Style of Saul Bass”